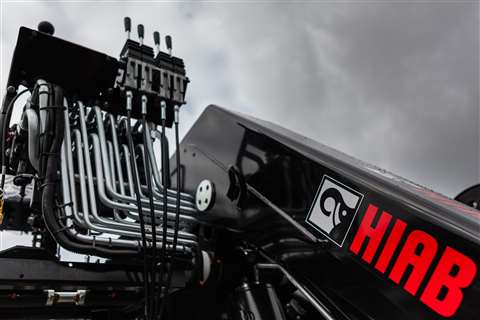 Its boom sections have the decagonal profile designated by Hiab as V10-Force, first used on the Effer 1000 loader crane. It offers greater strength vertically and is stiffer to allow more precise movement.

Another feature is the SpaceEvo control system with advanced safety and productivity functions, the company said. Then there is the Load Stability System for vertical movements (LSS-V) to compensate for excessive lever movement when moving vertically.

To help maximise stability there is the Variable Stability Logic Plus (VSL+) feature to allow the most capacity while maintaining safety. It works by monitoring the position of and pressure on each stabiliser leg.

Application versatility was a target of the new design. It can be installed on a 4 axle, 32 tonne gross vehicle weight truck, allowing it to work in urban areas, it costs less to buy, is cheaper to run and emits less carbon dioxide.

“This is not just simply a new model. It is the answer to a long-time customer request, a super heavy crane with our most advanced control system features, designed to carry out demanding and challenging heavy lifts in the most effective way. Operators and customers will appreciate how each part of the crane has been designed to excel, from a precision, safety and speed point of view,” said Marcel Boxem, Hiab director, global product management, loader cranes heavy and super heavy.

Announcement of this latest model follows news of the smaller iQ 958 HiPro announced earlier in September and the first model, the iQ. 1188 HiPro, in November 2021. 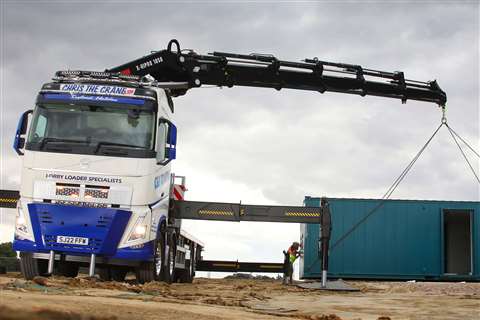 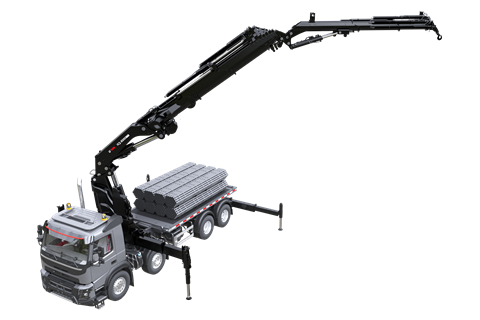 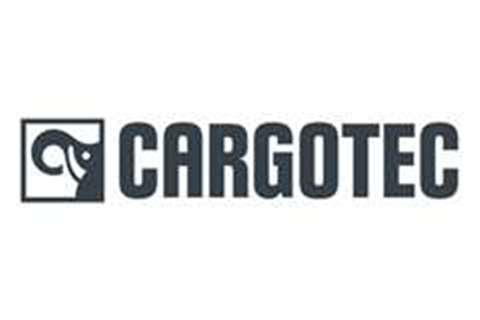