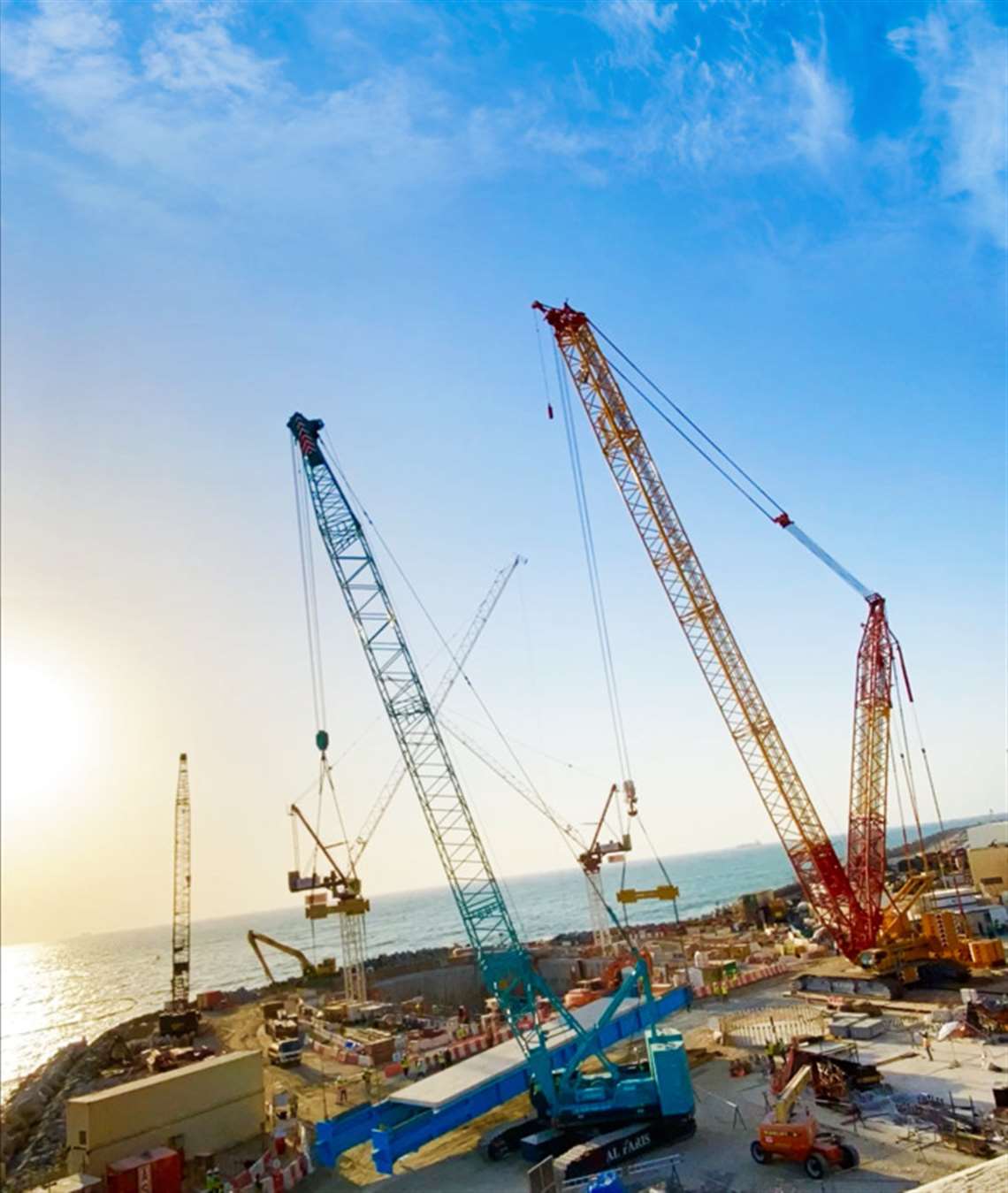 Dubai, United Arab Emirates-headquartered crane and transport specialist Al Faris has completed six months of work at a power station in the UAE. The work consisted of transporting and setting up various power plant components, including condensers, boilers, HRSG modules, generators, and tanks. For this Al Faris used a range of special-purpose vehicles including hydraulic trailers and various all-terrain and crawler cranes.

The largest crane on site was its 650 tonne class Demag CC 3800-1 lattice boom crawler crane which was used to install 16 double-wall heat recovery steam generators as part of an expansion of the power station. They will be used to recover the gas power plant’s waste heat and improve its efficiency. 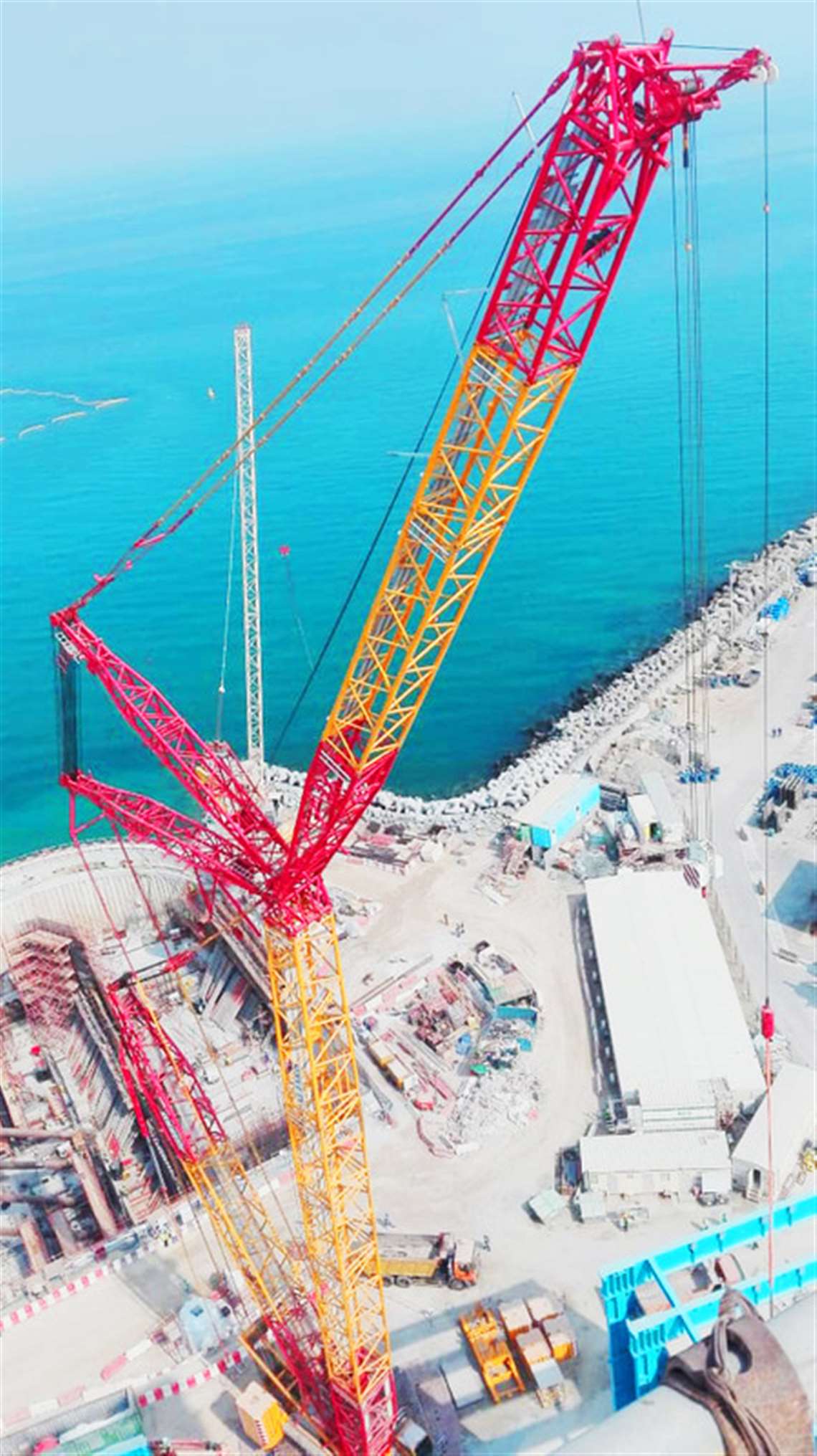 The setup of the Demag CC 3800-1 took a team, comprising a crane operator, a supervisor, and five assembly technicians, 20 hours. It was set up with an SSL resp. SWSL configuration. Due to the SSL configuration and the limited space available, however, the crane’s 66-metre-long boom had to be assembled at height rather than on the ground.

For these lifts the Demag CC 3800-1 was assisted by a 250 tonne crawler crane from Al Faris’s fleet which picked up each heat recovery steam generator from one end so that the CC 3800-1 could bring it to a vertical position. After this the 250-tonne crane let the CC 3800-1 take the full load. The CC 3800-1 then moved each generator into position.

It took the Demag CC 3800-1 took about two months to complete these 16 lifts, plus additional lifts, with its SWSL configuration.

“The biggest challenge was the tight space conditions during setup, conversion, and disassembly,” said Hilary Pinto, founder of Al Faris and its managing director. “Handling the long boom components really demanded a great deal of our team but they were able to take care of that smoothly and not in small part thanks to the crane’s ease of assembly.”