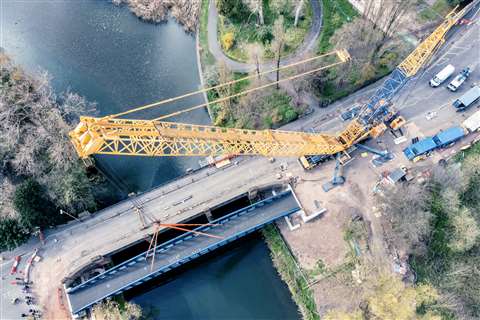 The bridge construction is part of a major revamp to improve safety for pedestrians and cyclists (Photo: Ainscough)

Ainscough Crane Hire lifted a new footbridge into place in Leicester in the UK using a using a Liebherr LG1550 crane and a 100 tonne capacity rigging crane.

The company’s heavy cranes team was appointed by Nusteel Structures to lift the steel superstructure into place.

The new bridge will provide enhanced cycling and pedestrian access.

It will run parallel to the existing Grade-II listed Abbey Corner Bridge, taking cyclists off the narrow road bridge and helping to ensure that there is enough space for all road users to use the busy route safely and efficiently.

Construction firm Danaher & Walsh (D&W) was appointed by Leicester City Council to construct the bridge as part of its Maintenance of Highway Structures term contract.

The project is one of three separate schemes D&W is carrying out for the council on Abbey Park Road.

The £7.5 million ($9.2 million) revamp of Abbey Park Road – which will see new bus lanes introduced and footpaths improved to create a safer route for pedestrians and cyclists – is supported by the Transforming Cities Fund as part of an ambitious programme of investment in sustainable transport across the city.

Patrick Denby, heavy cranes contract lift manager for Ainscough Crane Hire, said, “This was a job several years in the making due to the logistical challenges – such as extensive road closures – that had to be considered. However, thanks to planning and close collaboration with our partners at Nusteel, the lift was completed in a safe and efficient manner, helping this important project reach its next stage.”

Now the bridge is safely in position, work has shifted to essential maintenance of the existing road bridge – which was originally built in 1878. Detailed surveys have found evidence of corrosion in the cast iron structure which require extensive repairs to ensure that the bridge can continue to be used safely by heavy traffic. 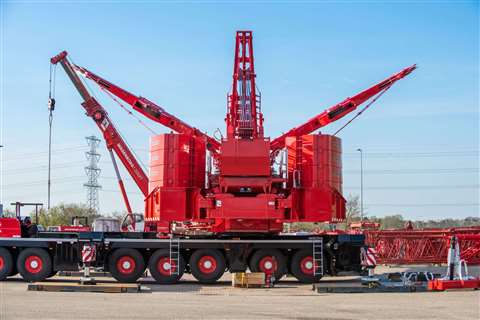 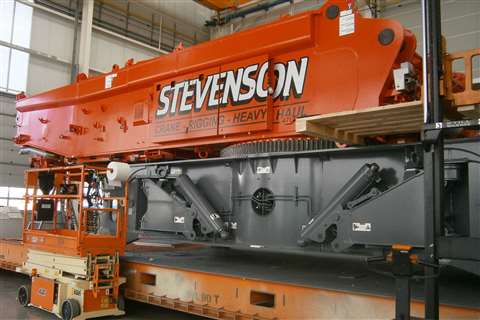 Stevenson expands fleet with Liebherr LR 1500
Stevenson will use the new crawler crane for heavy industrial work within multiple industries. 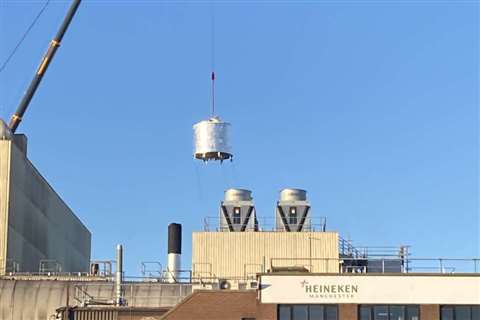